Backstage Magazine posted an excerpt from my book ACTING IN YOUNG HOLLYWOOD. You can check it out here.

What Goes Into Making A Lasting Career For Young Performers? by Frank Swertlow for The Hollywood Rep

When Miley Cyrus wanted to shift away from the tween roles that have defined her career, Tish Cyrus, her mother and co-manager, started at the top. Rather than look for a pre-existing script, she contacted bestselling author Nicholas Sparks ("The Notebook") and asked him to write something specifically for her daughter. "Sparks is an amazing, faith-based writer and a Christian and he writes about relationships with a family and there is nothing about sex or things I felt we

Bridgit Mendler is a willowy, blond teen with a sweet singing voice and decent comic timing. She's also the show-biz equivalent of the next iPhone — a young Disney star-in-waiting. Mendler, 16, is getting the full Disney Channel rollout. Introduced with recurring guest spots on two of its hit shows, Jonas and Wizards of Waverly Place, she will star in her own series, Good Luck Charlie, in 2010. "I've been told to brace myself," says Mendler. "If we have the success I hope we 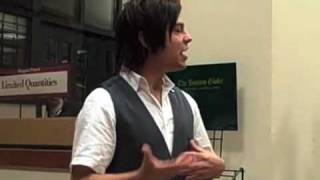 How do you get an agent or manager?

Another frequent questions that actors have is answered. http://www.fredericklevy.com 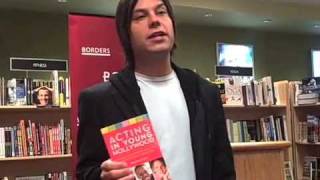 I've been getting asked great questions while on book tour and I always say, if someone is asking it, others are thinking the same thing. So I've decided to share some of the Q&A I've been engaging in on the road. I'll be adding a new video every week for the next several weeks. In the meantime, you can always check out my previous vlogs and videos here. Or subscribe to my YouTube channel here.

Tune in TODAY at 11am PST to hear me discuss the biz and my latest book, ACTING IN YOUNG HOLLYWOOD. Click here!

Ever wonder what the difference is between an agent and a manager. In this new series of videos, Frederick Levy answers this and other questions about the acting business while on tour promoting his new book ACTING IN YOUNG HOLLYWOOD: A CAREER GUIDE FOR KIDS, TEENS, AND ADULTS WHO PLAY YOUNG TOO. http://www.fredericklevy.com

And now for some publicity...

A very nice article in today's Brockton Enterprise. Check it out!

If you're in the area, be sure to catch me on these television programs discussing my book ACTING IN YOUNG HOLLYWOOD. Monday, October 5th at 11am The 10! Show NBC 10, Philadelphia See it here Wednesday, October 7th at 8am Fox 25 Morning News Fox 25, Boston See it here